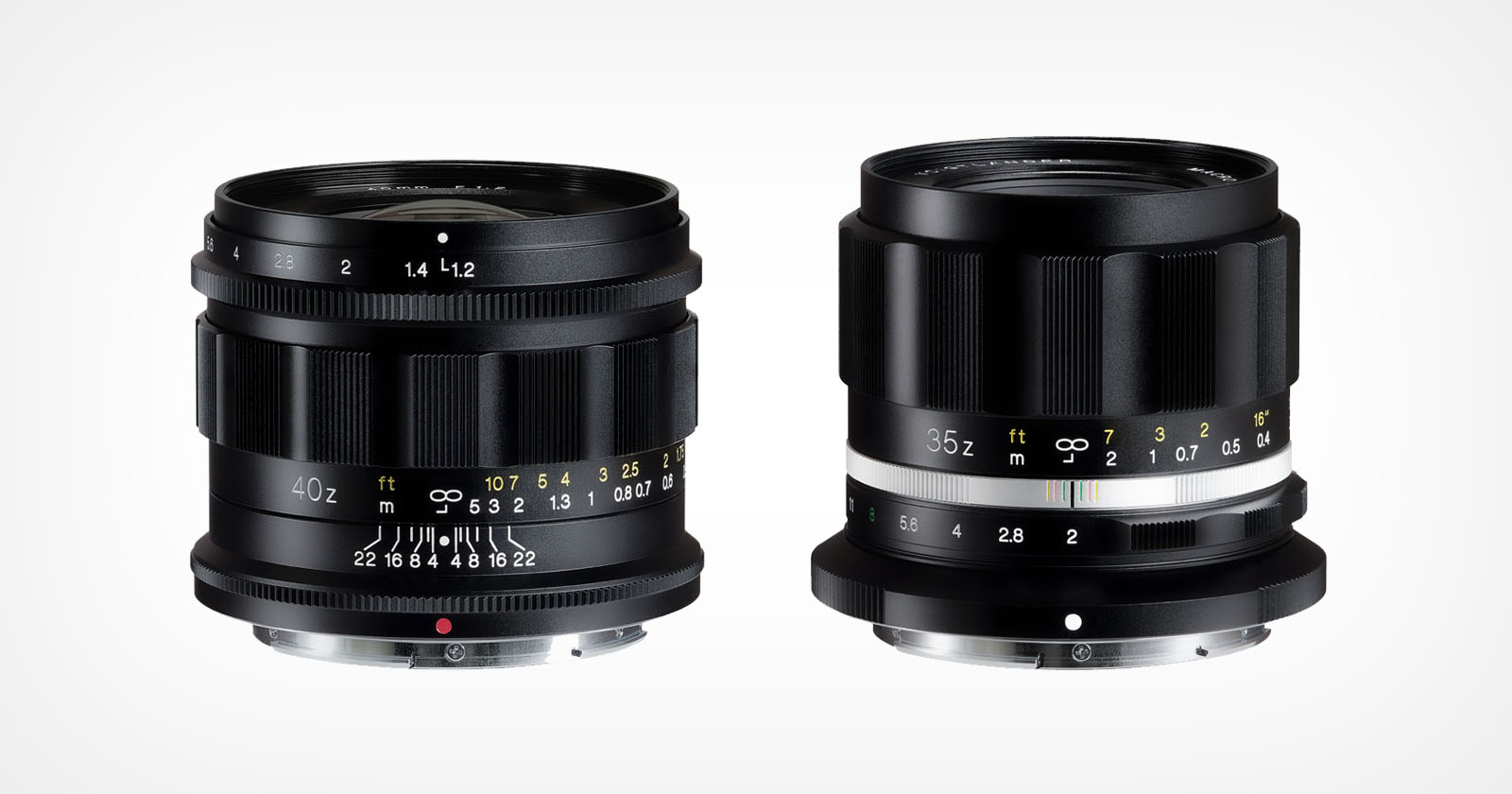 Cosina has announced that two more Voigtlander prime lenses are being made available for Nikon Z-mount cameras: a Nokton 40mm f/1.2 Aspherical and a Macro APO-Ultron D35mm f/2, which brings the total collection of officially licensed lenses to six optics.

The Cosina Voigtlander Nokton D35mm f/1.2 is described as a compact standard macro lens for Nikon Z-mount APS-C cameras. The design has previously been used for a Fujifilm X-mount lens and has been adopted to work with Nikon Z-mount crop-sensor cameras, although it will work on a range of Z-mount full-frame cameras as well, provided it is set to digitally crop and use the DX-format.