The Madonna dell’Orto (“Madonna of the Garden”) is a church in Venice, Italy, in the sestiere of Cannaregio. Jacobo Robusti (1518 – 1594), known as Tintoretto, one of Venice most famous painter, who lived and worked just a few blocks away on the Fondamenta dei Mori, is buried with his family in the chapel to the right of the high altar. The church is rich in his works.

Cannaregio is the northernmost of the six historic sestieri (districts) of Venice. Both the railways station, Santa Lucia, and the bus station, Piazzale Roma, are located inside the Cannaregio. Isola di San Michele, the historic cemetery island, is associated with the district.

Select the Early Morning at Rio Madonna dell’Orto, Cannaregio picture to enlarge it or fit your device screen size. 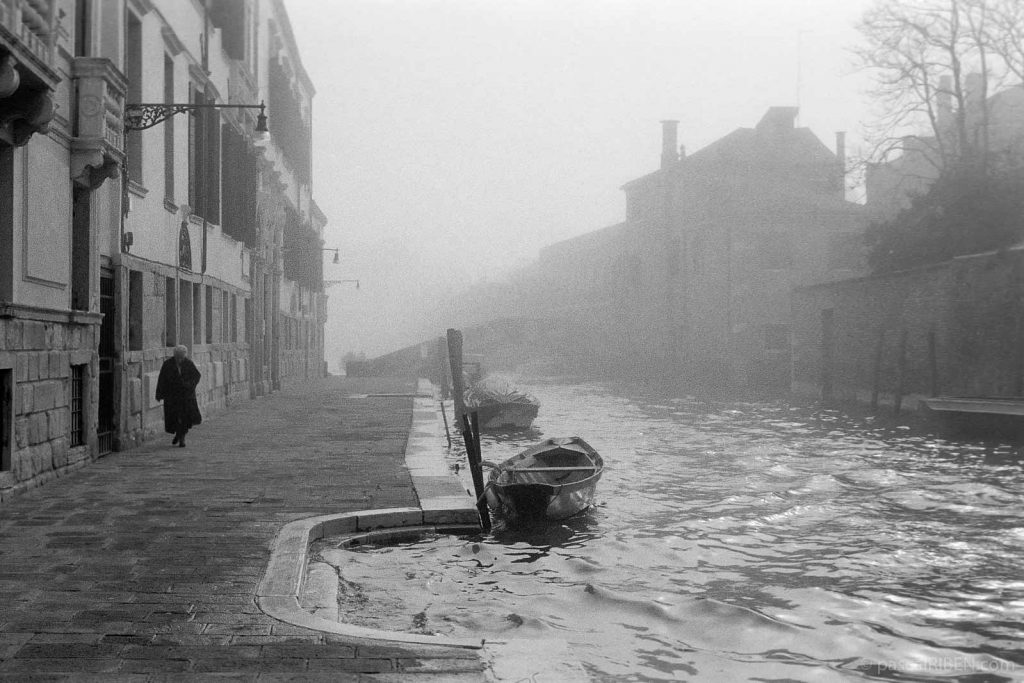 Discovered in a neighboring garden in the late 1300s and now located in the chapel of San Mauro, the statue was said to possess miraculous powers.

This photo is part of the VENICE gallery: select the image below to watch the Slideshow in Fullscreen.

All Photos From the Blog Shot in Venice

Select the image to see all the Venice photos featured in the blog.

All Photos From the Blog Shot with a Film Camera

Select the image to see all the images featured in the blog taken with a film camera.